http://articentric.com/meet-artist-todd-williamson/
"Equanimity is defined as mental calmness, composure, and evenness of temper. It is the perfect way to describe the feeling one might expect when viewing Todd Williamson’s work.  Given the environment the artist works in, the hustle and bustle of the Los Angeles metropolitan area, his work evokes an overwhelming sense of inner calmness.  The colors are intensely balanced, the lines all but reflect the pulse of the viewer…soft and long when relaxed and subdued, while short and energetic when pulsing with the rhythm of life.  We thoroughly enjoy viewing Williamson’s work and his roster of exhibitions tells us we are certainly not alone in our admiration of his work.  Williamson is the consummate working artist, seemingly never on pause, and always pushing his limits, both professionally and creatively.  It is both reassuring and intensely motivating to listen to him discuss art and his process. We certainly encourage our readers to look for his exhibit nearest you, and witness Williamson’s work and vibrant energy for yourself.  Without further adieu…ladies and gentlemen, meet West Hollywood-based artist Todd Williamson."

2013 Jan 13: Houston Press "Things are not always what they seem , the Illusion of the Precise"
https://www.houstonpress.com/arts/things-are-not-always-what-they-seem-the-illusion-of-the-precise-and-liquescent-light-at-wade-wilson-art-and-anya-tish-gallery-6371769   Jan 2013

La Repubblica: "Todd Williamson Between Music & Painting" by Mario Nicola Franco
"Art1307 inaugurated the exhibition by Todd Williamson titled "Polyphony of a Landscape", edited by Cynthia Penna. The great utopia on the synthesis of the arts, painting that inhabits the space, and the music that develops over time, through the twentieth century from the collaboration between Arnold Schönberg and Wassily Kandinsky in 1911, up to the experiments of "Fluxsus" in 60's. Without speaking of the Futurists brothers Corradini, who composed "Symphony of colors" experiments with multicolored lights. The uniqueness and originality of the cooperation between the pictorial work of Williamson and musical compositions of Greg Walter, which has left the exhibition, it is to put on canvas the melody of sound, while the music translates agreements with the pictorial and musical phrases." 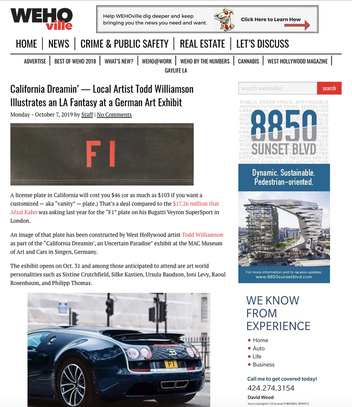 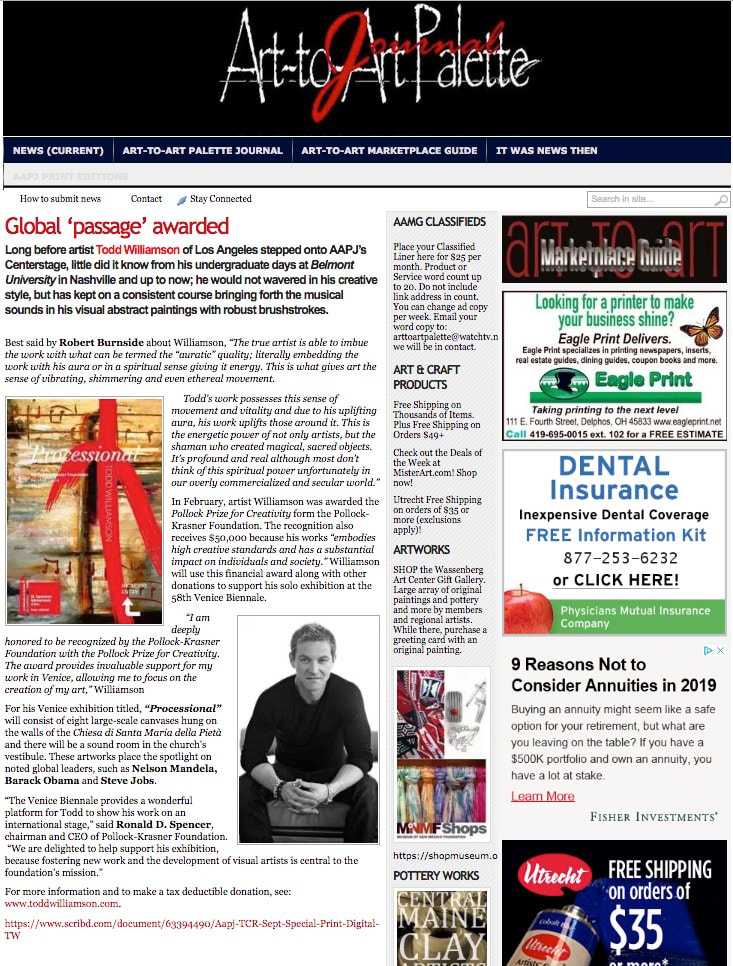