In California Dreamin', America Abstract painter Todd Williamson asks, “As a society, what are the implications of our hyper-attraction to power, wealth and influence today?”  The exhibition calls for introspection on what role power and influence play in shaping contemporary society and to whom we cede power and influence over our daily lives.

The installation includes sweeping abstract artworks hanging next to iconic vanity plates such as F1, 1, 250, VIP 1, which were purchased individually for millions of dollars. It questions what we value as a society - how can a license plate represent so much to someone that they are willing to pay such vast sums of money to acquire it.

Williamson’s large scale paintings use color and movement to imagine the emotional traits and personalities of high ranking thought-provokers, celebrities, and power brokers - juxtaposed against depictions of the world’s most expensive vanity license plates to serve as the catalyst to probe why. California Dreamin' questions whether we’ve systematically lost our sense of reasoning with license plates selling for millions of dollars - and - are we  paying close enough attention to the social and political changes occurring around us?  Are we giving our power to the next saint or to a tyrant?  Is power the ultimate corrupter?

California Dreamin' opens October 31, 2019 at the MAC Museum of /art and /cars 6-9 pm. To further stimulate the visitor’s experience, Williamson has collaborated with Professor Greg Walter, University of North Carolina School of the Arts, who developed a harmonic Nocturne that exemplifies emotions, chaos and repetition.

12 Must Sees - Venice Insider
6 Official Collateral Events Not to Miss! - Widewalls
10 Unmissable Collateral Events - Domus
12 Essential Offsite Exhibitions - Forbes
Global Passage Awarded - Art to Art Palette
Prize for Creativity Award - Pollock Krasner Foundation
​For Processional, Todd Williamson illustrates ideas of order and tradition to examine the deep uncertainty and uncontrollable political, social, and cultural movements of our time. Both the work and concept generated for this installation will draw directly from the environment in which it will be displayed, Chiesa di Santa Maria Della Pieta, in Venice. Occupying the long, narrow chapel located to the side of the Church, the space invites a meditative, sequential process of reflection. Drawing from the site’s formal proportions and material richness, the artist has developed a series of works, which encourage contemplation, challenge the perceived order of tradition and ask who are our apostles today? What are their roles? Is the influence of today’s perceived Influencers truly inspirational or dangerously dogmatic?

Williamson’s large-scale canvases will sweep across the chapel’s walls of brick and crumbling plaster. The artworks will propose a new layer to the deep patina of aging plaster and brick. The colors of these new works are connected to what Williamson has termed, “the Modern Apostles and their antithesis”, that is, contemporary influencers and thought-leaders that have the remarkable power to cover, pervade, and completely overwhelm the existing environment. Drawing from the historic tradition of imagined representations of apostle figures, Williamson will reconsider the visual “reality” of these individuals.

Williamson is collaborating with professor Greg Walter from the University of North Carolina, School of the Performing Arts, with whom he has developed a harmonic Nocturne-like composition specific to the installation. 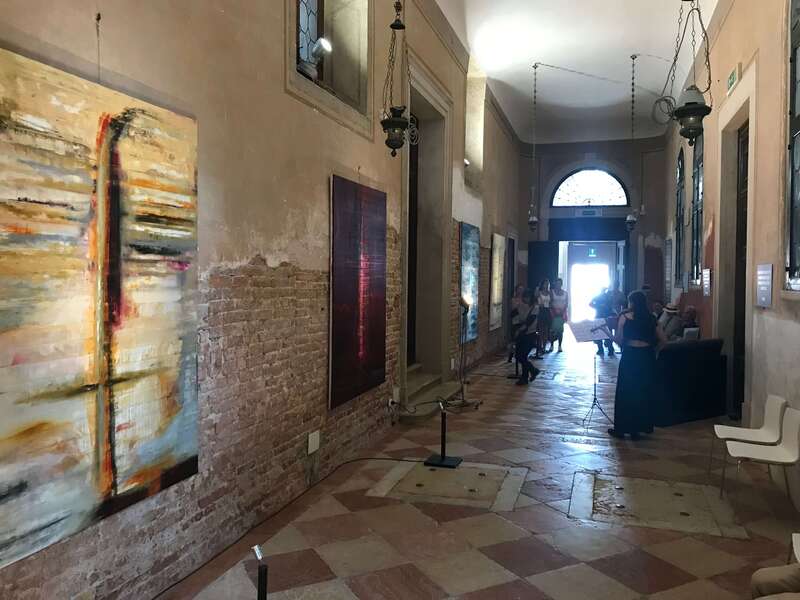 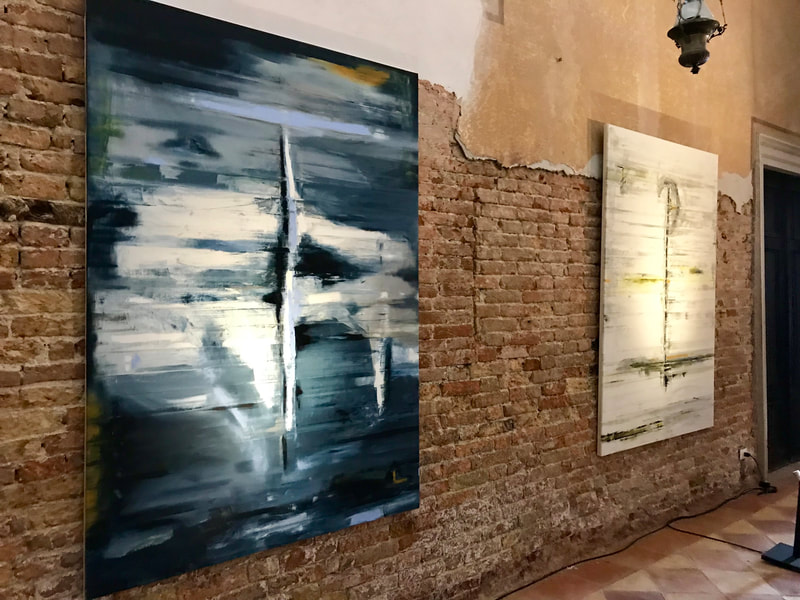 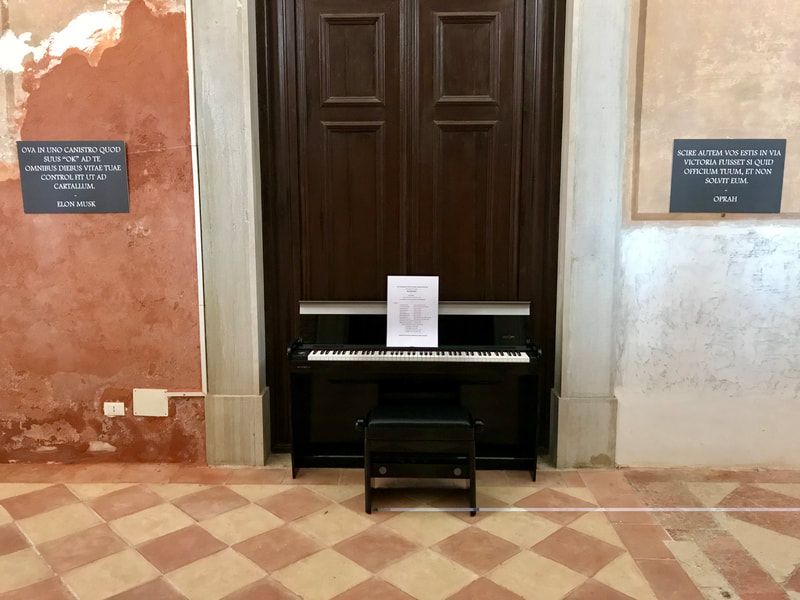 Review: "When Music is in the Picture"
​http://www.augsburger-allgemeine.de/landsberg/Wenn-Musik-im-Bild-ist-id41411891.html

A city sponsored Art Installation featuring Todd Williamson with Joe Davidson and Meeson Pae Yang. The 3 artists took 3 large vacant stores in a strip mall in West Hollywood and converted them into an art installation dealing with subjects from teen suicide, the church, mores, questioning institutions, beauty from decay, and ethereal landsca

HUFFINGTON POST HAIKU REVIEW: Todd Williamson seems in transition, moving from a darker to a lighter palette and toward a more and more articulated surface. No less about light (and shadow) than before, Williamson's abstract paintings now tend to the more consciously sensual. - Peter Frank

Todd Williamson re-elaborates on the monochrome color field with the addition of a score of horizontal lines arranged in sequence from the top downwards and joined by penetrating blades of light. The interior need for order in the system of thought and pictorial research has made Williamson proceed with a kind of score on the canvas, a kind of plot, a scheme by means of which to read the work. Like musical scores bring order to the sounds transmitted by an indeterminate chaos of simple noises, turning them into a melody, Williamson gives pure color a visual and emotional order through the horizontal lines of his paintings.

Williamson combines his musical and visual arts talents with a performance in Harton Hall. The performance is a combination of three elements: music written by Greg Walter, a Williamson painting that is slowly revealed and a mirror attached to the back of the canvas to reflect the audience as it slowly turns. The purpose of the performance is to show the audience the influences and emotions that a visual artist feels when creating an original piece of artwork. "Blurring the Lines," examines the question, “What influences an artist to keep painting?”